I have an annoyingly blank and ugly stretch of privacy fence along the side of my yard.  It’s absolutely necessary, due to the traffic on the other side, but it sure ain’t purty, as they say.  I’ve tried for almost NINE years to get something growing on it that would hide the whole thing. I’ve planted every kind of sturdy, easy-to-grow vine you can think of.  Some that can be downright monsters.  All have failed over time. (I’m thinking they salted the earth along the fence line when they installed it!  Gack.)  Anyway, I finally tried planting several vines in huge pots along the fence, hoping the enriched potting soil would fix the problem.  One of the vines was a wisteria vine.  Wisteria!  A vine that has been known to swallow entire HOUSES in some parts of the south. Ha.  The Fence of Death wasn’t impressed.

But a few months ago, I noticed that a Mexican flame vine I planted over three years ago had decided to grow.  Keep in mind, this vine had died back to about 3 leaves and was maybe 6″ tall all this time.  And brown and unhappy looking.  Now, the flame vine has risen up in rebellion against the evil fence, and in doing so, swallowed up the pathetic wisteria and finally, finally begun to bloom.  In a fiery splash of day-glo orange, it is something to see right now.  And since we haven’t had a freeze this year, I’m thinking (though I wouldn’t dare voice this out loud) that it might be here to stay, this time.

Ladies and gentlemen, I give you…tada!…Marcia’s Mexican Flame Vine!  Um…sorry about the sad pictures. The light was bad, and I can only do so much with an old, outdated iPhone.  But you get the idea. It’s splendid!

Mexican Flame Vine On The Fence Of Death

More of the Same, On The Same

I tell you, folks. Life is good. And life with a thriving Mexican Flame Vine is even better! What kind of problem areas do you have in your yard?  Anyone else got a Fence of Death to deal with? 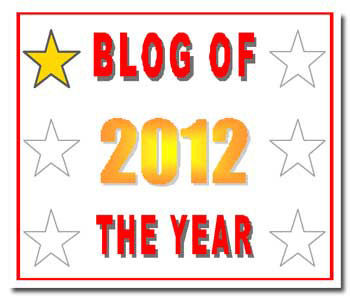